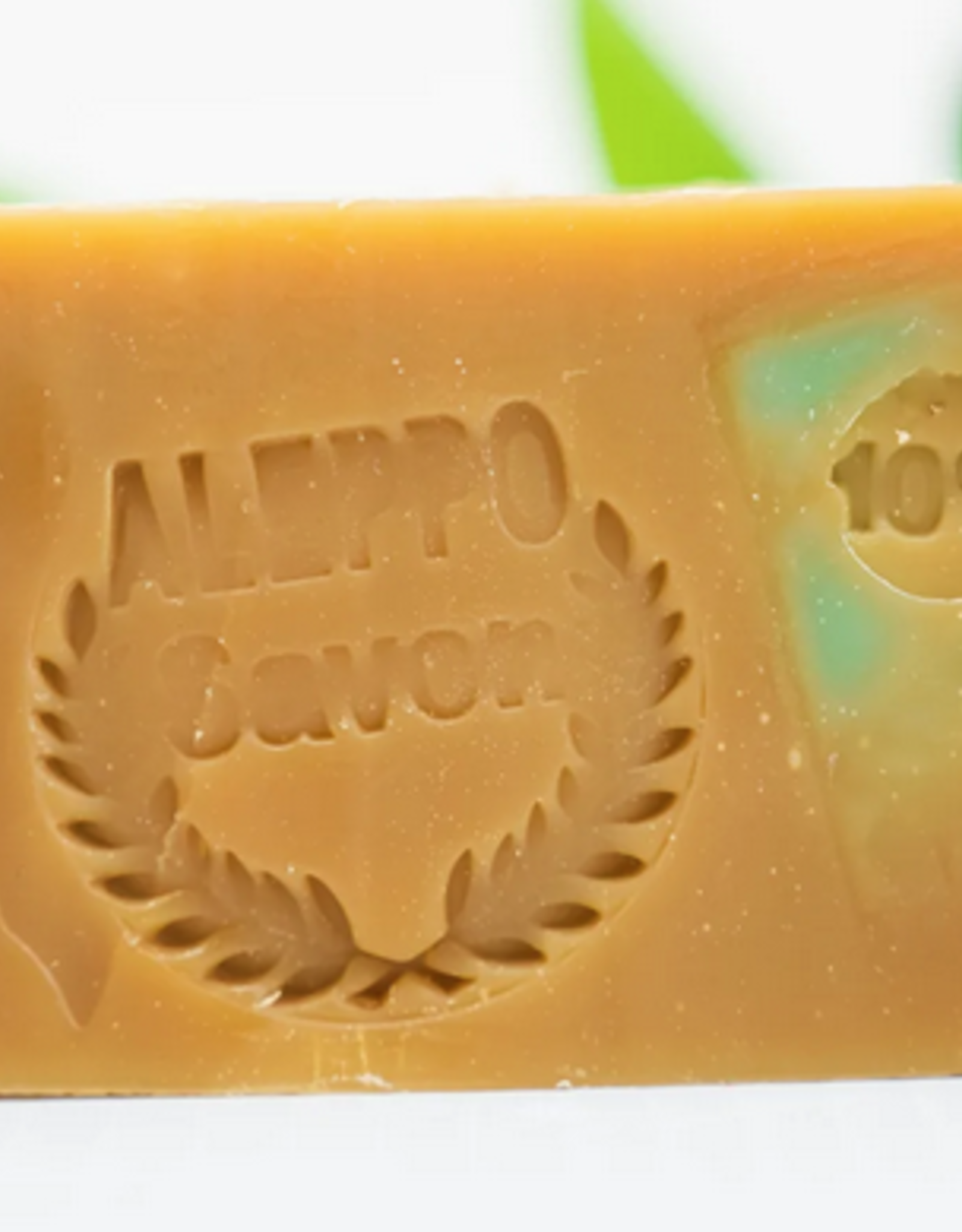 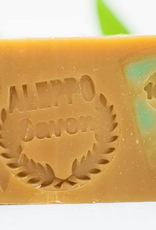 Aleppo Soap is one of the oldest and purest soap in the world. It is the original natural soap. Made of 100% olive oil and laurel oil and dried for 5 months.

The history of making Aleppo Soap:
For over 3,000 years, the making of Aleppo traditional soap has been repeated and unchanged process. Olive oil and laurel oil are the fundamental ingredients to make this old soap. Aleppo soap boilers in Aleppo is starting during winter – from November to March of each year. The mixture of the soap poured on to a flat surface, like a shallow swimming pool, and then cooled and dried for almost five months.

PLEASE NOTE: To make your handmade bar of soap last a long time, keep it dry between uses, use a draining soap dish and keep it away from direct streams of water. It is always recommended to do a patch test on a small portion of your skin for compatibility prior to using any new product.

The centuries-old tradition of Aleppo soap making — which uses no chemicals or other additives —involves secret family recipes handed down for generations. In the 11th century, the Crusaders brought Aleppo soap back to Europe, starting a centuries-long love affair with the olive-oil and laurel oil based soap said to be intensely moisturizing. Aleppo soap is thought to be one of the world’s oldest types of soap, and also said to have been the inspiration for the equally famous Marseille soap of France.
Traditional soap factories in Aleppo were either destroyed or abandoned, creating a worldwide shortage of Aleppo soap. Newspaper headlines appeared in Europe, Saudi Arabia and Japan, where the soap is highly coveted.

Abdulfatah Sabouni is a fourth generation soap maker. Making soap has been his family business for more than 125 years. Even his last name, Sabouni, means soap maker. When Sabouni arrived in Calgary in 2016 to escape the Syrian war and provide a better life for his family, his entrepreneurial dreams were never far from his thoughts. He threw himself into learning English and got the ball rolling, and opened Aleppo Savon to great success. The business continues to grow, and they have big plans for distribution across Canada and North America. Abdulfatah and his family became official Canadian citizens on January 5th, 2022.

For Sabouni, making the world-famous Aleppo soap is his way of giving back to a city and country that has given him and his family so much.

Add your review
0 stars based on 0 reviews